All machine Learning beginners and enthusiasts need some hands-on experience with Python, especially with creating neural networks. This tutorial aims to equip anyone with zero experience in coding to understand and create an Artificial Neural network in Python, provided you have the basic understanding of how an ANN works.

To make trains more safe by eliminating human errors, Central Railway has developed an AI-powered robot which would click pictures and record videos of the under-gears of trains and send them to engineers for repairs and maintenance.

The mechanical branch of Central Railway’s Nagpur division has developed the robot named USTAAD (Undergear Surveillance Through Artificial Intelligence Assisted Droid), which examines parts of the coach in real time with a HD camera and transmits them over WiFi.

The world is abuzz with news about ‘Artificial Intelligence’ (AI), but relatively fewer people tend to talk about ‘Machine Learning’ (ML). These two terms, although are not the same, are used interchangeably quite often. It is important to understand the distinction between them. 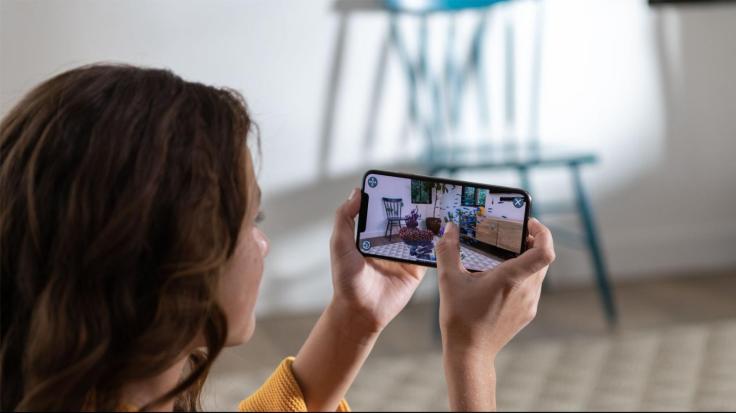 When Apple unveiled its new slate of iPhones on Sept. 12, executives gushed over the device’s new second-generation “neural processor,” a custom chip meant just for AI. But Apple didn’t boast about how much the new chip was going to improve Siri—Apple’s virtual assistant that got eight seconds of the 2 hour presentation—or boost battery life, as the company often claims its machine learning is used for. The real killer app for AI on the iPhone is photography.

Google Brain just released an inspiring research agenda, Concrete Problems in AI Safety, co-authored by researchers from OpenAI, Berkeley and Stanford. This document is a milestone in setting concrete research objectives for keeping reinforcement learning agents and other AI systems robust and beneficial. The problems studied are relevant both to near-term and long-term AI safety, from cleaning robots to higher-stakes applications.

Tesla’s full self-driving autonomous vehicle feature is coming. An image leaked on Tuesday apparently shows the new user interface of a test-car. The image shows how the autopilot software/system views and interprets the world. The view has strong similarities to previous autonomous driving videos released by Tesla, there is now an option called “full self-driving” indicating a more advanced mode suggesting complete autonomy of the car.

Where will all that growth come from? Everywhere!

Of course, the first challenge of machine learning is identifying a use case. Not sure where to start? To make the most of this explosive technology, consider how today’s top companies, ranging in industry from retail to hardware to media, are using it:

The Internet Society is pleased to release a policy paper on Artificial Intelligence and Machine Learning to help navigate some of the opportunities and challenges the technology presents, and to support an informed debate by de-mystifying some of its fundamental concepts. A key aspect is understanding machine learning, a specific AI technique that has been driving the development of new algorithms to substitute or support human decision-making – some of which are already deployed online.

At a keynote held at the ongoing IFA electronics trade show in Berlin, Huawei announced the AI Cube, its answer to the Amazon Echo, Apple HomePod and Google Home. Huawei says the AI Cube is the world’s first Alexa enabled smart speaker with an in-built 4G router. The smart speaker supports LTE Cat.6 for cellular speeds of up to 300Mbps, and dual-band Wi-Fi 802.11ac. We managed to grab some hands-on time with the AI Cube, and here are our first impressions.

The authors, who include representatives from the Future of Humanity Institute, the Center for the Study of Existential Risk, OpenAI, and the Center for a New American Security, argue that AI is not only changing the nature and scope of existing threats, but also expanding the range of threats we will face. They are excited about many beneficial applications of AI, including the ways in which it will assist defensive capabilities. But the purpose of the report is to survey the landscape of security threats from intentionally malicious uses of AI.

The report, which is the result of a two-day workshop in Oxford, UK followed by months of research, provides a sweeping landscape of the security implications of artificial intelligence.